Stand with Rasmea at Her Sentencing

Join us in Detroit, August 17, to show our love and support for Rasmea at her sentencing in federal court. The will be her last court appearance and Rasmea is planning to make a statement.

Join the Rasmea Defense Committee for a social media campaign Wednesday, August 2nd, 2017, in support of Rasmea - and prepare for the #HonorRasmea farewell event on August 12th.

In anticipation of her Daubert hearing on November 29th, join the Rasmea Defense Committee for twitter power hours Wednesday, November 23rd, from 12 Noon to 2 PM CST.

All Out for Detroit, November 29th

Join us for an important hearing in downtown Detroit, Michigan, on November 29th, 2016, at 8 AM Eastern time! Sign up here. 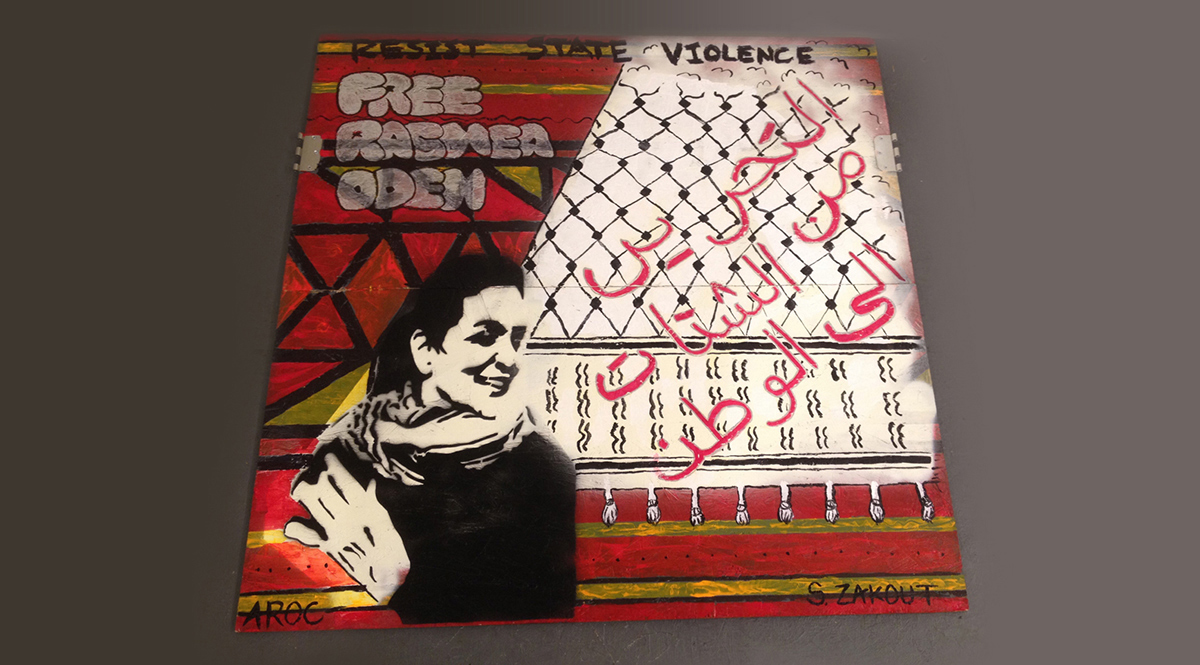 All Out for Detroit, June 13th

Join us to win #Justice4Rasmea by attending Rasmea’s next court hearing in downtown Detroit, Michigan, on Monday, June 13th, 2016, at 10 AM Eastern time! Sign up here.

Sunday, May 22nd, is Rasmea’s birthday, and there’s no better gift she would want than for everyone to donate to her defense fund. You all know we are headed to Detroit for a status hearing in a few weeks, and that a new trial may be on the horizon. Let’s start raising funds in preparation!

Use this meme for your profile image on all social media platforms. 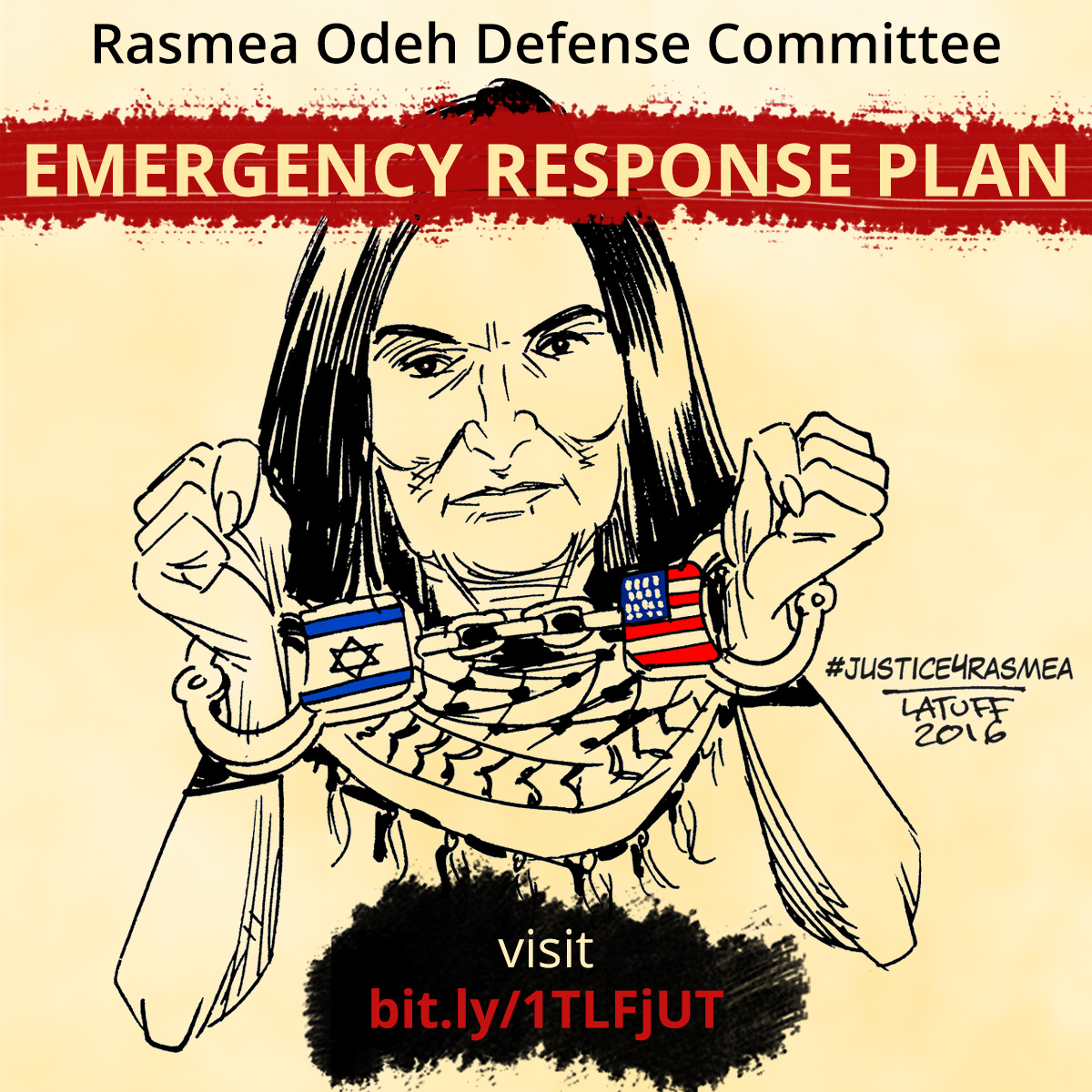 Join the Rasmea Defense Committee for a social media campaign Wednesday, January 27th, in support of Palestinian American icon Rasmea Odeh—and prepare for an Emergency Response to the appellate court decision! Use our Resource Guide to participate on Facebook and Twitter.

Crowdfund & GET ON THE BUS from Chicago for Rasmea’s appeal!

Please help us raise money to get to Cincinnati! We will leave at 10 PM the night before the appeal, Tuesday, October 13th, 2015. It is imperative that we stand with Rasmea and fill the courthouse one last time!

All Out for Cincinnati to Support Rasmea at Her Appeal

Come to Cincinnati on the morning of October 14th for a rally in front of the courthouse and filling the courthouse afterwards as Rasmea’s defense and the prosecution each present their oral arguments to a three-judge panel.

On March 12, 2015, Rasmea Odeh was sentenced to 18 months in prison after an unjust conviction last November, but she is challenging that conviction, and our organizing has helped her remain free on bond, pending the outcome of her appeal. Help spread her story and highlight her case in the 4 to 8 months before the appeal.

Michigan-based Arab-American Civil Rights League (ACRL) will be presenting U.S. Attorney Barbara McQuade with an award at its upcoming “Justice Award Tribute” event Friday, May 1st, in Detroit, MI. This award comes on the heels of McQuade’s supervision of the unjust arrest, trial, and conviction of our beloved community icon Rasmea Odeh. Tell ACRL this is unacceptable!

All out for Detroit to support Rasmea at her sentencing Thursday, March 12!

We are committed to filling the courtroom, and an overflow room, on Rasmea’s sentencing day on March 12th. We will also organize a picket in front of the courthouse one hour before the hearing. Register here.

Call for letters of Leniency to the Judge

Help support Rasmea by calling on the judge for leniency in sentencing—visit the USPCN website for details.

The campaign to defend long-time Palestinian American leader Rasmea Odeh has reached a critical stage. We urge everyone to join us in organizing an event or protest on your campus or in the community during the week of Feb. 9 – 15. More information at stopfbi.net