A Letter of Greetings from Rasmea in Amman

USPCN can’t help but miss Rasmea Odeh this holiday season, especially as her city of Jerusalem (she was born in the tiny village of Lifta, which is directly adjacent to the Palestinian capital), as well as the issue of Palestinian political prisoners, is all over the news.

She would have been here with us the day after Trump’s announcement, when we helped organize a huge protest in Chicago and another one in Detroit; and would have helped us host Addameer’s Sahar Francis last month, when Sahar visited USPCN in Detroit and Chicago, where we facilitated meetings for her with Senator Dick Durbin’s staff, as well as with community leaders at the National Boricua Human Rights Network, National Lawyers Guild, Chicago Alliance Against Racist and Political Repression, American Friends Service Committee, among others.

In addition, she would have demanded to lead the charge to Free Ahed Tamimi, and other members of Ahed’s family, who are also seemingly being rounded up by the Israelis on a daily basis!

USPCN led Rasmea’s Defense Committee during the past four years of her struggle against U.S. government repression, was the main U.S.-based supporter of the #DignityStrike earlier this year, and fights every day in the streets to uphold Palestinian rights and confront racist, zionist Israel and its U.S. patron.

Rasmea was a long-time leader of USPCN, and we miss her brilliant analysis and consistent passion for grass-roots organizing. In her name, and in honor of her work, which we know will continue “wherever she lands,” we ask you to make a tax-deductible donation to USPCN today. Thank you, and please read Rasmea’s heartfelt letter below.

A Letter of Greetings from Amman

It has taken me longer than I anticipated to send you this letter of appreciation. When I arrived in Amman, the capital of Jordan, I was angry and full of pain about being forced to leave my adopted home in Chicago and all of you. It must have felt the same as my family felt during the 1948 Nakba (Arabic for “Catastrophe”), when we were forcibly evicted from our homes and properties in Palestine, along with 750,000 other Palestinians. 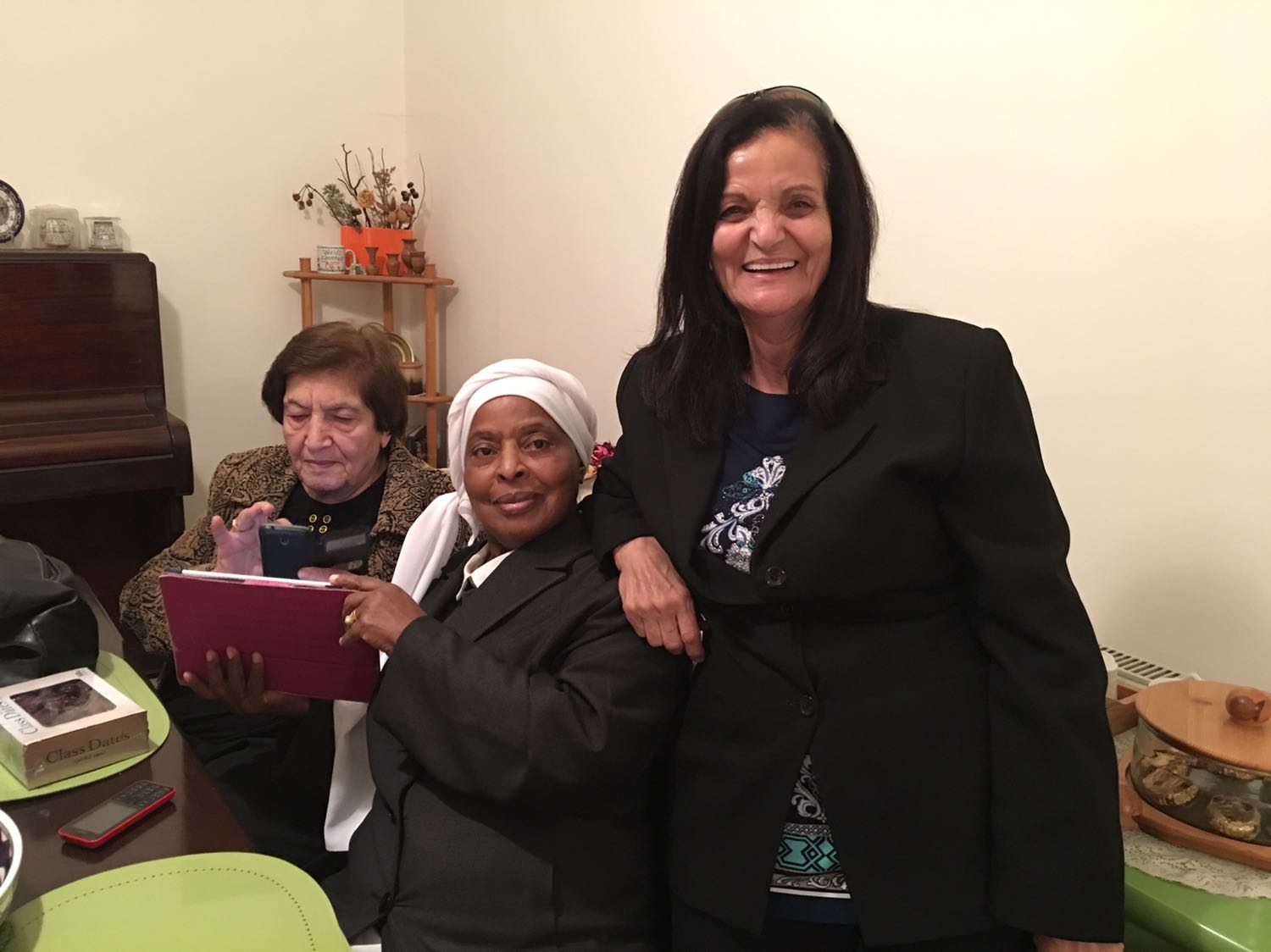 Today I would like to express my gratitude to every one of you: attorneys, political defense committee, Arab Women’s Committee (AWC) leaders, family, friends, supporters, and community members who I love and respect so much. Thank you all, not only because I spent the best years of my life with you, especially the Arab immigrant and refugee women I formed the AWC with in Chicago, who embraced and helped me forget a lot of my personal pain; but also for your dedication and readiness to offer unlimited support, without hesitation, for Palestinian rights.

During my own fight for freedom, you helped me stay strong and steadfast, encouraging me to continue my struggle for justice. At this sensitive time, we need to continue organizing and unifying our communities, so that we are able to resist the racism, exploitation, and injustice we face in the U.S., Palestine, and across the world!

In Amman, I have found that everything has changed since my long absence from the city. The population has swelled and the city expanded, despite its limited space! It cannot comfortably accommodate more than one million people, but over three times that number crowd the city, along with a million cars, causing massive congestion and traffic. In addition, the living requirements are not commensurate with income; rents are high, healthcare and food are expensive, and incomes are very low.!

Since my arrival, I have recognized much instability in the Arab World; the people are living in a gloomy daze, in constant anxiety, moving mechanically and absent-mindedly. All they can focus on is the news! One day, I was riding in a taxi cab in bad traffic, when the driver suddenly lit a cigarette and pulled out a newspaper to peruse its pages as he was driving! 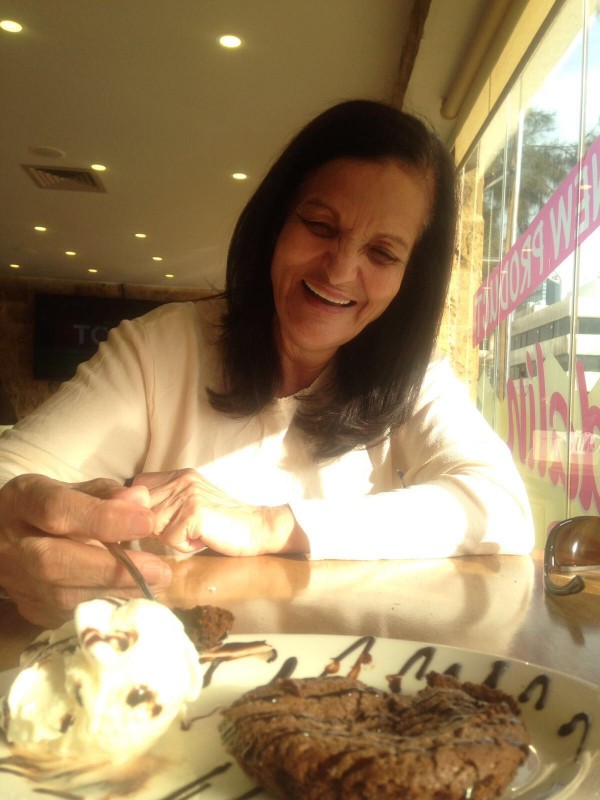 Against their will, the Arab people are facing a campaign of vicious and unprecedented wars. A broad political, economic, and security campaign has been launched by the United States, Israel, and the rasmea2reactionary forces in the region to achieve the interests of U.S. imperialism and racist, Israeli-zionist occupation in the Arab world. This campaign aims to eliminate all resistance that supports Palestinian national rights.

It’s not a coincidence that, as the racist Trump and his administration are working hard to impose normalization with Israel on Arab countries, Palestinians are commemorating 100 years since the British imperialist’s Balfour Declaration to colonize Palestine, and 70 years since the partition resolution—the latter which gave 56% of historical Palestine to the new Israeli “state,” even though the European colonizers and Palestinian Jews who embraced zionism only owned 6% of the land at the time.

When Trump hastened to declare Jerusalem the eternal capital of Israel, it was a unilateral move, but it also clearly revealed the reality of the U.S.’ political position on the Middle East (whether Democrats or Republicans) since it took control of the peace process in the 1990s.

We understand these actions to be a continuation of long-standing Israeli settler-colonialism. In order to serve U.S. imperialist interests, Trump wants to preserve Israel’s racist dominance over the Palestinians, threatening and imposing pressure on our people to accept his plans to put an end to the Palestinian struggle for national rights.

Trump is also serving U.S. and Israeli interests by trying to steer and control the Arab countries. To accomplish this goal, he is using Saudi Arabia to set the stage. Prince Mohammed bin Salman, the Saudi Crown Prince, has been designated as the main player to implement the plan. Salman has made rapid changes on three levels: in Saudi Arabia itself, throughout the Gulf, and across the Arab World.

Domestically, Salman has gone after many royal family members by lifting the immunity of prominent princes, ministers, and businessmen; detaining them; and stripping them of political and economic power. He is also privatizing the largest companies in Saudi Arabia, under the pretext of eradicating corruption.

At the Gulf level, Saudi Arabia fragmented the Gulf Association by excluding Qatar from the Gulf Cooperation Council, isolating it and taking almost exclusive control of the Gulf’s political and economic decision-making power.

And at the Arab level, Saudi Arabia is interfering in the internal affairs of other Arab countries by force, coercion, and threat, and is stirring up internal unrest in order to weaken and force them to implement U.S. plans. Saudi Arabia has committed war crimes by killing over 10,000 civilians in Yemen with U.S. aircrafts, similar to the unrelenting Israeli crimes in Gaza; mobilized support for its decision to freeze Syria’s membership in the Arab League in order to isolate it from any Arab alliances; and exerted pressure on Lebanon through Prime Minister Saad al-Hariri to cut off its relations with Iran and Syria, as well as to disarm and eliminate the Lebanese resistance.

Saudi Arabia is also pressuring Jordan to use its territory as a military base to implement the above schemes, and at the same time, working with the U.S. to transfer Jordanian guardianship of Jerusalem’s Al-Aqsa Mosque over to Saudi Arabia. The Saudis are vying for guardianship over Jerusalem’s Church of the Holy Sepulchre as well!

In Israel, its society continues to criminalize and dehumanize Palestinians, similarly to the way that U.S. society criminalizes and dehumanizes Black people, Latinos and other non-white immigrants, Arabs, Muslims, and others. In both countries, these communities continue to face racism and violence. This is why we need to continue to develop our joint struggle, and why our responsibility is to support each other’s struggles and the struggles of those oppressed in the U.S., in Palestine, and all over the world.

We can form strong unity to force the people in power to respond to our demands for justice and equality. Together we can prevent attempts to impose the normalization of zionism and racism on us, and together we will win justice and all the national rights of the Palestinian people.

We cannot rest because we Palestinians are fighting against the final most brutal racism, apartheid, and white supremacy, against an Israel that attempts to eradicate our Palestinian right of return, self-determination, and independence. These are rights that cannot be negotiated and that we will never give up! 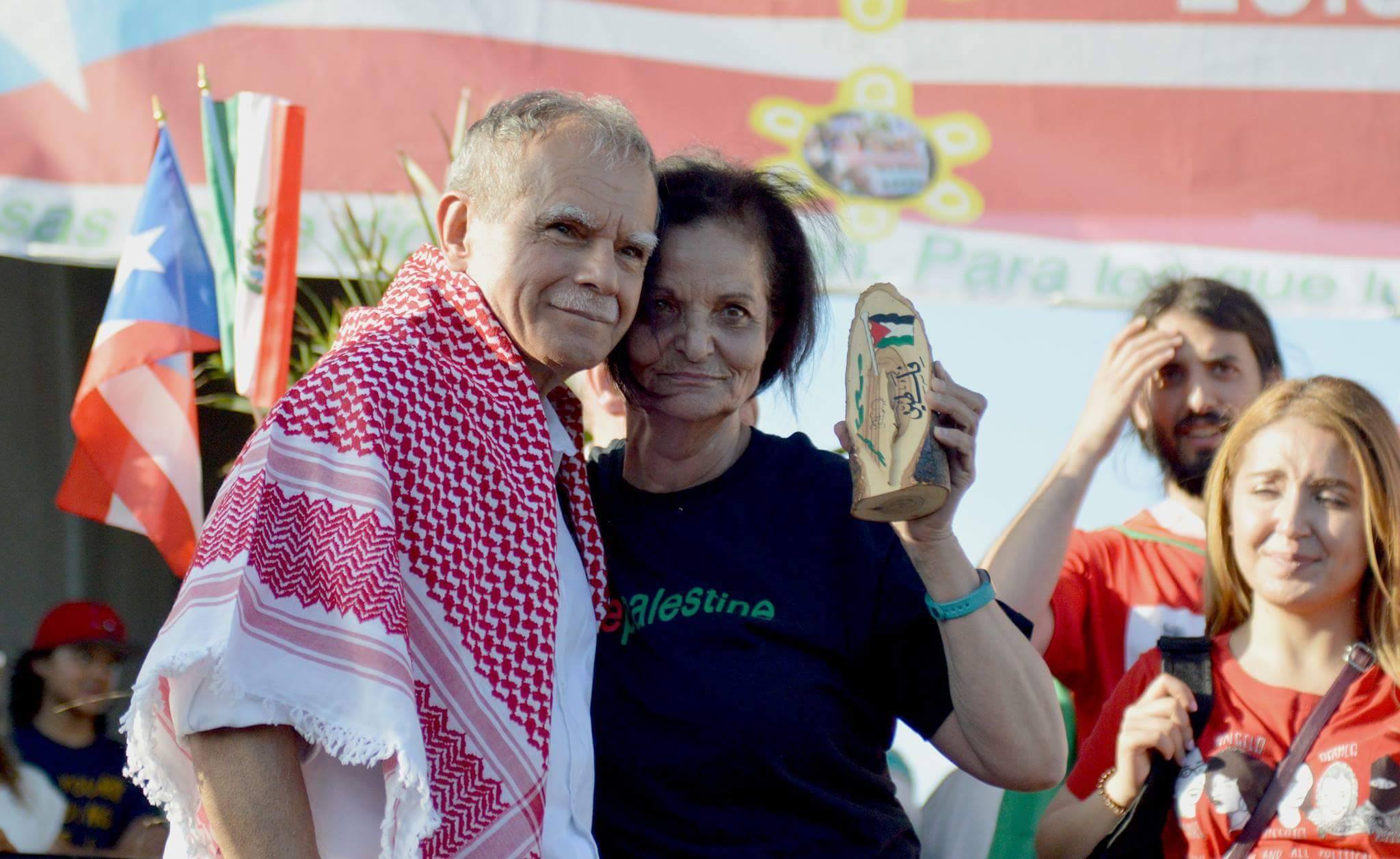 And your fight for your own justice and liberation is a fight for our justice and liberation as well. We will not lose hope in achieving our goals of justice, peace, and real liberation while we have friends and supporters like you in the U.S. and across the globe. The demonstrations of thousands and thousands all over the world against Trump’s Jerusalem Declaration, including protests every single day here in Jordan, plus the UN vote that crushed the U.S. and Israel, assure us that the people of the world are with us, and resistance is the only way. And that’s how Trump will lose, and how all the racist systems, including Israel’s, will lose as well!

After almost three months since I separated from you, I continue to reach out to some of my old friends and family in Jordan, in addition to forging new relationships. My life is moving forward step by step.

My health is stable. I recently underwent successful cataracts operations in both eyes. I’m still staying in a hotel where I was invited until I find an appropriate apartment. The hotel owner is an amazing woman who offers me all kinds of support and provides comfortable social and psychological conditions that are helping me cope with my transition to this country. There are many volunteer opportunities, and I am keeping busy, but I need a job! I’m still looking.

Before I close, I would like to profess to all who became my family and friends, and embraced me with unequivocal love, provided me the oxygen that I needed to breathe when the U.S. government strangled me—you gave me the strength to resist, and helped keep me out of jail. I am grateful for your generosity, time, effort, and commitment. It means everything to me.

Finally, I want to recognize my brilliant lead attorney, Michael Deutsch, and his entire team, especially Jim Fennerty, who has been a friend of mine for 30 years, way before he became my lawyer; the incredible, inventive members of my defense committee all across the country, and the two national organizations that led the work, the Committee to Stop FBI Repression and USPCN; my best friends who put up their personal finances—for bail, legal fees, and my transition to Amman; and all of the rest of my supporters who continue to provide me important strength and resilience.

It’s not a secret to say that your passionate work shifted the negative discourse in my case, and gave us a real chance to win, which we almost did. I love, miss, and think of you affectionately.

My special warm greetings to all.

In Solidarity and Struggle,