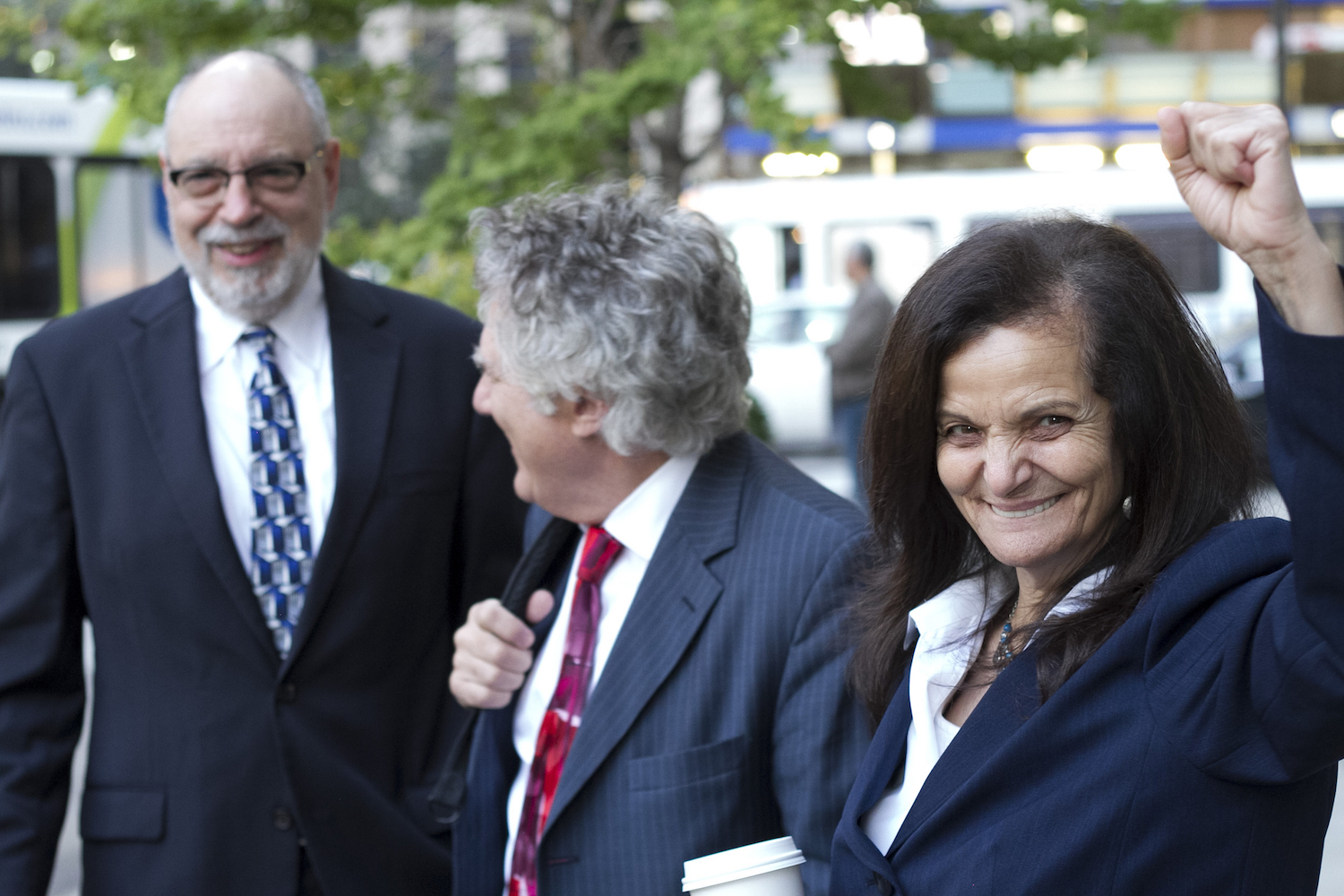 Rasmea Defense Committee Thanks You!

You’ve done everything we’ve asked for! You filled the courthouse over and over again, in Detroit and Cincinnati, at preliminary hearings and the trial. You made phone calls to the prosecutor Tukel and his boss McQuade, to the county jail in Michigan, to the confused Arab “civil rights” organization that gave McQuade an award this year. You wrote letters of support urging leniency from the judge, and letters to Rasmea directly. You organized educational events, fundraisers, and protests. You took on anyone and everyone who challenged your support for Rasmea. You crowdfunded over $5,000 when we needed to get folks to Cincinnati, raised over $100,000 all told for defense lawyers and defense organizing. Like we said, everything we’ve asked for!

In addition, Rasmea’s defense team—Michael Deutsch, Jim Fennerty, Dennis Cunningham, Bill Goodman—and so many other People’s Law Office and National Lawyers Guild attorneys, legal clerks, assistants, researchers, etc., have been invaluable in ensuring that Rasmea is home in Chicago, organizing her Arab Women’s Committee, as work on the case moves forward. We’re going to need at least another $50,000 in the days ahead, for the legal and community organizing expenses.

So we’re again asking for your support, and to donate generously to Rasmea’s defense as we prepare for the next round of this fight.

All of you know that she was unjustly convicted last year, and that we just presented our appeal a couple of months ago. There have been some intermittent updates on the legal proceedings since then, but as we ask for your continued support—because there is much legal and political work still to be done—we want to give you the latest summary.

What the appeals court can decide

Usually a decision from the appellate court—in this case the 6th Circuit Court of Appeals in Cincinnati—comes down 1 to 4 months after the oral arguments, which means that the latest we expect to hear from the three judges who heard the appeal is mid-February of 2016.

Best case scenario is that they overturn the conviction and the sentencing; then the case gets sent back to the prosecution to decide whether it will re-try Rasmea. We are sure that McQuade will re-try—since this is a high-profile political case that she wouldn’t want to lose—and then the entire process begins anew, with the original trial judge, Gershwin Drain, again presiding. But this time, it is certain that Rasmea’s experience with torture, plus the expert witness on Post-Traumatic Stress Disorder (PTSD), at least, would be allowed into the courtroom to be heard by a new jury.

Another option for the appellate judges would be—without reversing the conviction—to simply compel Judge Drain to allow for another evidentiary hearing with Dr. Mary Fabri, the world-renowned torture expert who diagnosed Rasmea with chronic PTSD. The purpose of the hearing would be twofold: to determine if Fabri truly is an expert, and whether her testimony is relevant. The prosecution, we are sure, will be allowed to have one of its own psychiatrists assess Rasmea as well. There is no guarantee that the judge will allow Fabri to testify in front of a jury after the evidentiary hearing, but we believe it is highly unlikely that, if compelled to grant this hearing, he will again rule that her testimony is irrelevant and inadmissible. If he does, we can appeal again. So this route could also lead to a new trial, and if a new jury gets to hear the evidence that so far has been suppressed in open court, it can find her innocent!

And that brings us to the worst-case scenario, that her conviction and sentencing is upheld, and that she would have to serve 18 months in prison and then be deported. If this happens without the decision being unanimous, Rasmea could ask the entirety of the 6th Circuit appellate court, not just the three panelists who heard the oral arguments, to review the case. If they refuse or if their decision is the same, then a last ditch effort would be to file a writ asking the U.S. Supreme Court to allow her to file an appeal of the 6th Circuit’s decision. Unfortunately, these writs are only accepted in about 2% of cases.

If there is no reversal or no evidentiary hearing, then Rasmea would be compelled to turn herself in, and may have only 48 hours to do so, even if we are asking the entire 6th Circuit to review the decision. We will of course file to continue her bail and stay the sentencing, to attempt to keep this from happening.

What is our argument?

The main argument that Rasmea’s lead attorney, Deutsch, made in Cincinnati relates to a U.S. Supreme Court ruling on a similar, administrative immigration case. There, the ruling stated that the government must show that a lie is “willful” (meaning that the lying is done for a purpose)—which clearly indicates that the Supreme Court believes that the violation is a “specific intent” one.

Deutsch argued that if this administrative case called it a specific intent violation, then Rasmea’s criminal case must call it that as well. And if it’s a specific intent violation / crime, then the “willfulness” comes into question, and Rasmea’s state of mind at the time of the alleged crime must be understood. That is, did she “knowingly” and “willfully” lie? Hence, our justification for the jury to hear the expert witness and Rasmea’s FULL story, respectively. 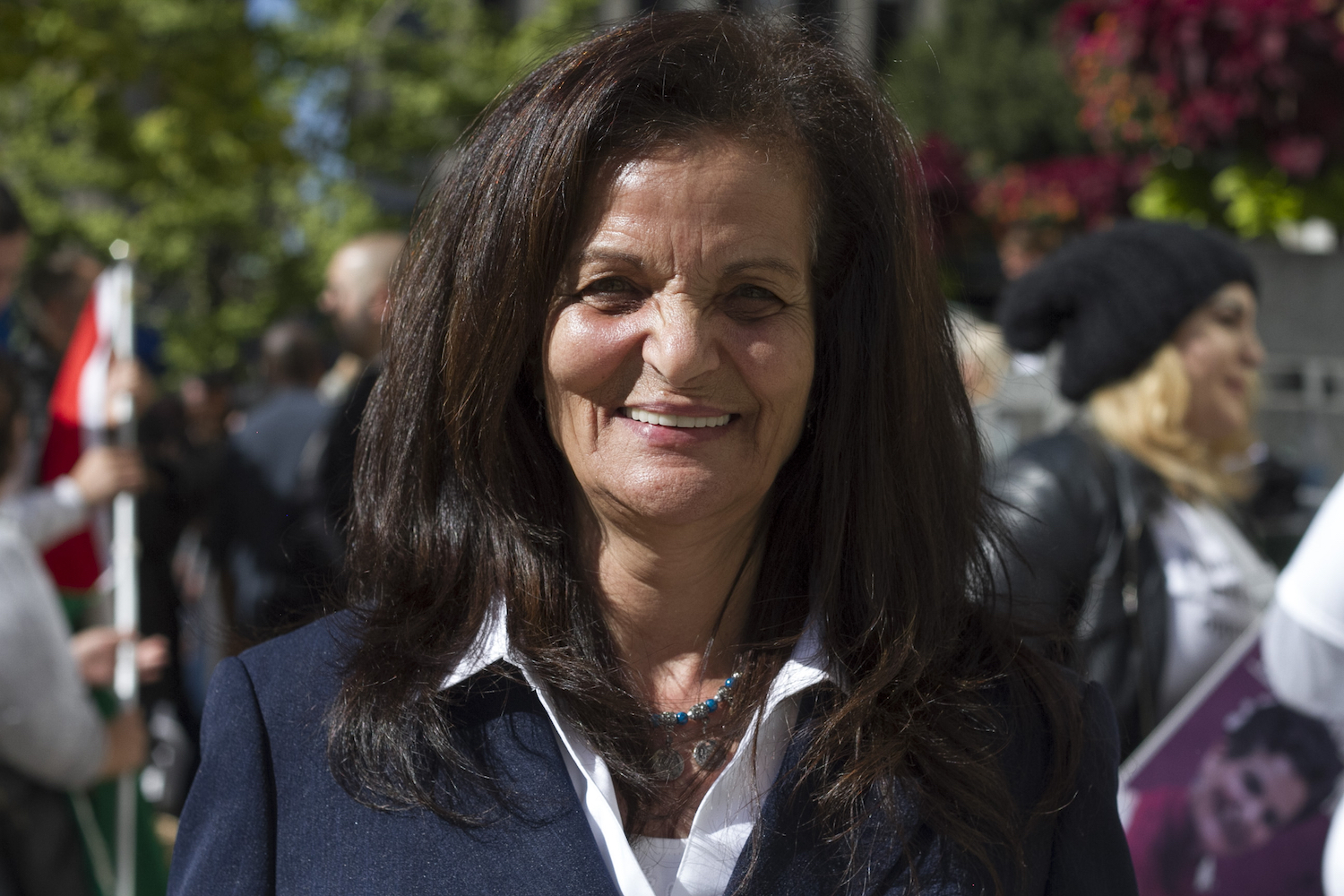 What is our task?

Our responsibility here is to continue organizing. Our movement is truly national, even international, and although it may seem like our political defense work has slowed down a tad since the appeal, it hasn’t. In Chicago and Minneapolis, the #BlackLivesMatter movement is surging, and we have been asked to talk about Rasmea’s case at many actions for #LaquanMcDonald, #RekiaBoyd, Ronald Johnson (#RonnieMan), #JamarClark, and others by the gracious leaders of Black organizations like Chicago Alliance Against Racist and Political Repression (CAARPR), Black Youth Project 100, We Charge Genocide, Southside Together Organizing for Power / Fearless Leading by the Youth (STOP / FLY), and Black Lives Matter.

At Chicago’s People’s Thanksgiving, Rasmea gave a keynote address that has been making the YouTube rounds. The national Bill of Rights Defense Committee honored Rasmea with its Patriot Award. In San Jose on December 10th, at an International Human Rights Day event, Rasmea’s case was featured along with the legendary Leonard Peltier’s. Members of the Rasmea Defense Committee and of the Committee to Stop FBI Repression (CSFR) are presenting on the case all the time, in all parts of the country. Rasmea’s battle was even discussed at a rally on the International Day of Solidarity with the Palestinian People in Manipur, a state in the northeast of India!!! And of course we’re getting blog, Twitter, Facebook, and other media hits all the time.

But we can and will do more! Please continue to visit www.justice4rasmea.org, organize public events, pitch her story to the media or write about it yourself, and donate to the legal and political defense! Just as it’s shouted at every #BlackLivesMatter protest in the country every day, it’s also true in the fight for #Justice4Rasmea: “We believe that we will win!”