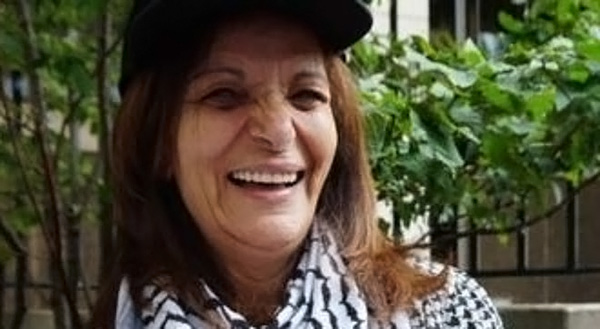 On July 20th, Rasmea Odeh’s legal defense team filed a new brief in the U.S. Court of Appeals for the Sixth Circuit, demolishing the July 8th arguments of Assistant U.S. Attorney Jonathan Tukel, who is opposing her bid for a new trial.

The defense brief begins, “Rasmea’s Odeh’s appeal is based on her claim that her Fifth and Sixth Amendment rights were denied by rulings of the lower court which prevented her from presenting her complete defense at trial. At bottom, this claim is based on her fundamental constitutional right to a fair trial, the most basic right of any criminal defendant.”

Rasmea, a long-time Palestinian activist and organizer, survived torture and rape while imprisoned by the Israelis over 45 years ago, and this abuse is at the heart of her appeal. At trial, Rasmea was unjustly convicted of not giving truthful answers on her immigration and citizenship forms. The defense brief convincingly argues that the prosecution was wrong in its claim that testimony from defense witness and renowned torture expert, Dr. Mary Fabri, would have contradicted Rasmea’s testimony. The brief explains that Fabri’s statements would have in fact proven that, as a survivor of torture, Rasmea, who suffers from Post-Traumatic Stress Disorder (PTSD), did not “lie” when she filled out the forms.

In the brief, Rasmea’s lead attorney, Michael Deutsch, wrote, “[I]t was essential to Ms. Odeh’s defense that the expert be permitted to explain to the jury how the PTSD condition would have operated to block [Rasmea’s] memory at the crucial time [of her answering the questions]. This would not have been obvious, or even comprehensible to a lay person, who, without it, would have no basis at all to understand that Ms. Odeh was not intentionally lying in order to conceal her history.”

The defense also argues conclusively that the government “never really addresses the basic constitutional deprivations asserted in Ms. Odeh’s opening brief,” and asserts that Rasmea is “entitled to present her complete defense to the jury,” which can only happen in a new trial.

“Rasmea did not receive a fair trial, so the appeals court must reverse the conviction and grant a new one,” said Nesreen Hasan of the Rasmea Defense Committee. “Besides the legal mistakes made by the trial judge, we also know that she was arrested and falsely accused only because she has devoted her whole life to defending the rights of her people, the Palestinians. She never committed any crime.”

It is expected that the U.S. Court of Appeals for the Sixth Circuit will hear oral arguments in Cincinnati sometime in September. The Rasmea Defense Committee, which is made up of over 70 organizations from across the country, will be mobilizing her supporters to be there. Just last month, Black Liberation icon Angela Davis spoke in support of Rasmea in Chicago, pledging that she also would do everything she could to ensure #Justice4Rasmea.