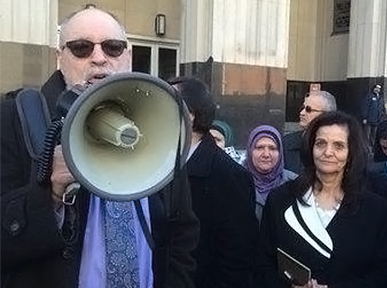 Watch Michael Deutsch and Rasmea’s Livestream on the Appeals Process

Thank you so much for tuning in yesterday and watching Rasmea and her lead attorney, Michael Deutsch, discuss the appeals process and break down the appellant brief Deutsch filed on Tuesday, June 9th.

The livestream was viewed at organized events in more than 28 locations in the U.S., from New York to New Mexico. There were also viewers in Canada and New Zealand.

Everyone now can watch the recorded livestream here!

In addition, read our statement about the filing, and remember that Angela Davis is coming to Chicago to keynote an event in support of Rasmea on June 28th.

Thank you all again for your support, and please continue to help with legal fees.